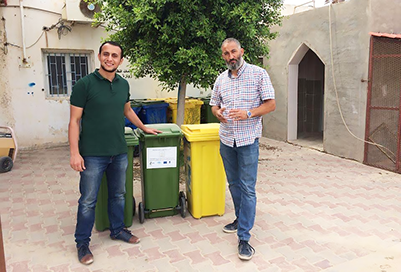 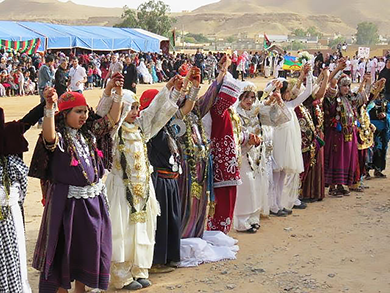 ‘With CILG and VNG International, I discovered the experiences of other countries and saw how women can participate effectively and equally in local decision-making.’

former elected member of the municipality

‘VNG is very supportive of municipalities in Libya, and I have learned a lot from working with its experts and participating in its training. VNG is the only organisation in Libya that understands the future will only get better through good local governance.’

‘Through (…) mediation trainings, I learned how to listen to the other person, how to communicate. I now have a better understanding on peace and I am more convinced of its necessity, and I totally reject violence and armed conflict.’

member of the military committee

‘Over the last week, we discussed the problems in Libya among us mayors and decided that what Libya really needs is reconciliation; and that we will start to embark on reconciliation through the municipalities as soon as we are back in Libya’

mayor of Tajoura during a study visit to the Netherlands

Women and Development in Libya and Tunisia: Participation, Leadership and Empowerment

Sabria Zorgani from Libya and Fairouz Ben Jemaa from Tunisia

and Migration by strengthening

Since 2015, VNG International and the Centre International de Développement pour la Gouvernance Locale Innovante (CILG) are implementing the Libya Local Governance and Stabilisation Project (LGSP), funded by the European Union and co-funded by the Dutch Ministry of Foreign Affairs. The project aims to contribute to strengthening and empowering local governments in Libya, which have come to play an increasingly important role due to the lack of a unified central government. By aiming at improved local governance, LGSP seeks to benefit stabilisation and create conditions for future reconstruction and reconciliation. The project focuses specifically on three dimensions of local governance: management, service delivery and citizen participation.

Despite the difficult and extremely challenging operational context, VNG International has been successfully carrying out activities in Libya, involving 25 municipalities in our activities, trainings and pilot projects. Central to our approach in Libya is to facilitate local initiatives and respond to Libyan demands, exemplified by the project’s support to a number of pilot projects that are tailormade to the involved municipalities’ needs.